TJs TOURS is an agency run by a Turkish/Australian couple who are experienced tour operators. Both management and guides have a long running reputation for being the Gallipoli tour specialists, having run daily Gallipoli tours to the ANZAC site for over since 1990. TJs is the closest agency to the Gallipoli battlefields located in the town of Eceabat, just 8km from the ANZAC site.
TJ (Ilhami Gezici) is the most experienced Gallipoli group tour guide in the area as recommended in guide books published from 2002. Guide books dated before 2000/1 list TJ as Owner/Manager of Down Under Travel. TJ is now Owner/Operator of TJs Tours and Hostel in Eceabat, Turkey.

OUR COMPANY AIM IS….

to bring the ANZAC legend to life
to open travellers eyes to the wonders that Turkey has to offer
to widen the friendships that started in WW1. 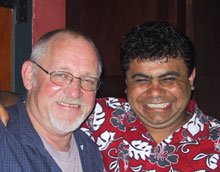 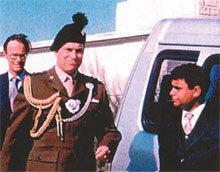 TJ ­ Ilhami Gezici was born to guide the battlefields. His name says it all. The direct translation would be: Ilhami – inspirational Gezici ­ wanderer / traveller. TJ is the Inspirational Traveller. He has been guiding the Gallipoli sites for over since 1990. A local boy who studied High School in Eceabat, TJs love of the battlefields grew from the enthusiasm of his history teacher who would walk his students around the cemeteries and tell the stories handed down from the Turkish soldiers from the area. TJ himself, was lucky enough to talk to some of these men in his childhood years. TJ started out as an all ’round Turkey guide, taking groups for 2 weeks trips around the country he loves. Then he settled in the area he loves best on the Gallipoli Peninsula working for a local company guiding the ANZAC and Cape Helles areas for a long period until he realised that the company was limiting his enthusiam for the Gallipoli Legend. He then started off a new company running the longest day tours to the area, taking in all the sights that are so entwined in the ANZAC legend. After 5 years, his partner sold out to another company and TJ went out on his own and set up TJs TOURS so you, the visitor could experience the battlefields the best way possible. With guides who care for the stories of the time and want you to see as much as possible. 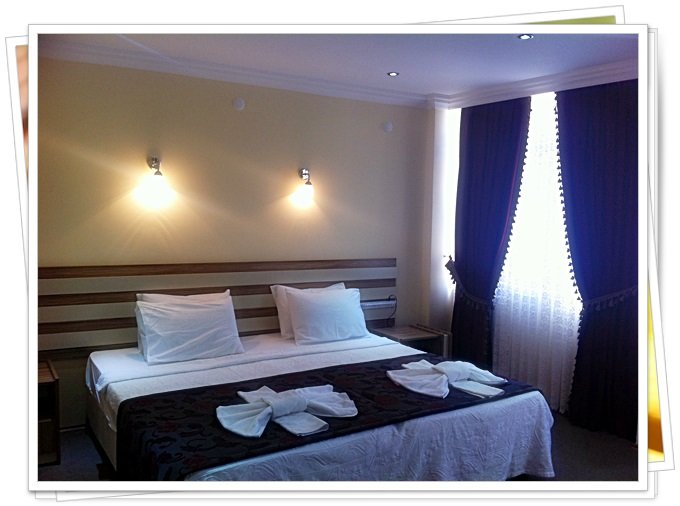 [quote_right]YOUR HOSTS
Every year we have hundreds of people who ask us, “So what’s your story?”
Well, this is our story :Our real names are Bernina and Ilhami Gezici, but we are better known as “B” and “TJ”.
[/quote_right] [divider_space] Ilhami got his nickname of “TJ” many years ago while working as an all round Turkey guide with American groups. As the travel agents and hoteliers got to know him by this nickname, it stuck and he has used it ever since. But TJ’s real name is of much more interest, as all Turkish names mean something. TJ’s real name, Ilhami Gezici, actually means Inspirational Traveller, which by all cosmic purposes leads me to believe that he was destined to work as a guide and that is why he loves his job so much.
Born just 1.5hrs from the battlefields, TJ grew up with an interest in the Gallipoli campaign as he had relatives who fought and died at Gallipoli. Completing his high school education in Eceabat also kept his interest in the campaign as his history teacher instilled a great respect for all who fought, giving his time on the weekends to take interested students, including Tj, to the battlefields.

My name, Bernina, in Turkey has caused me problems, as in Turkish the word “Ben” means “I”. So, when speaking in Turkish, people often got confused and thought I was saying, that “I am Ina.” So “B” became much easier. As an Aussie, it was also my nickname growing up. My real name “Bernina” comes from my Grandfathers escape experience in Africa during WW2. He was a sergeant and had pulled off his stripes so he could go to the prison camp with his men instead of being sent to the officers camp which would have given him an easier prison stay. During his internment, he and his men tried escaping more than a few times, but eventually, they dug a tunnel and made it out alive only to walk for days until they came upon an airport that had the name Bernina on a sign. It was here that they were rescued and all the men decided that when they returned home, their first daughters would all be called Bernina. Unfortunately, none of their wives agreed to this but my mother, first born daughter to my Grandfather, convinced my father and I was registered as Bernina.

TJ and I met in 1996 when I was traveling the world with a friend from Uni. We fell in love and I moved to Turkey permanently in 1997 to help run the business. In times past, muslim men were allowed to have four wives and TJ loves to tell this to the tourists and state that he has had three weddings, then he laughs as he tells them it’s all to the same woman. Yes, it is true, we married each other three times. A bit crazy maybe, but it was right for us at the time. In March 1998 we had a registry wedding in our small town of Eceabat with a small group of friends and family. Then in July 1998 we had our Turkish village wedding with over 850 guests and then January 1999 saw us in Australia having our garden wedding for family and friends in my home town of Corowa, NSW.

As a couple, I think we bring great harmony to our business. TJ is an excellent guide and has such a strong commitment to the Gallipoli peninsula that it shines through in his tours. As a trained Catholic school teacher, my organisational and interactive skills have helped me make an easy transition from teacher to tour operator and the religious training I have made it easier to melt our two worlds into one as both of us have kept our faith and merged our beliefs together to form a strong bond of what we believe makes for a more harmonious world.

I was granted Turkish citizenship in 2005 and TJ was given his Australian citizenship in 2006, so together we have embraced both cultures and traditions, which I think makes for a great team in the tourism sector.

We both love to share our stories and our love of Turkey and the battles fought at Gallipoli with all who want to listen. So come and say hello when you’re in our area.